The Subjective Prejudice of over 200 years! 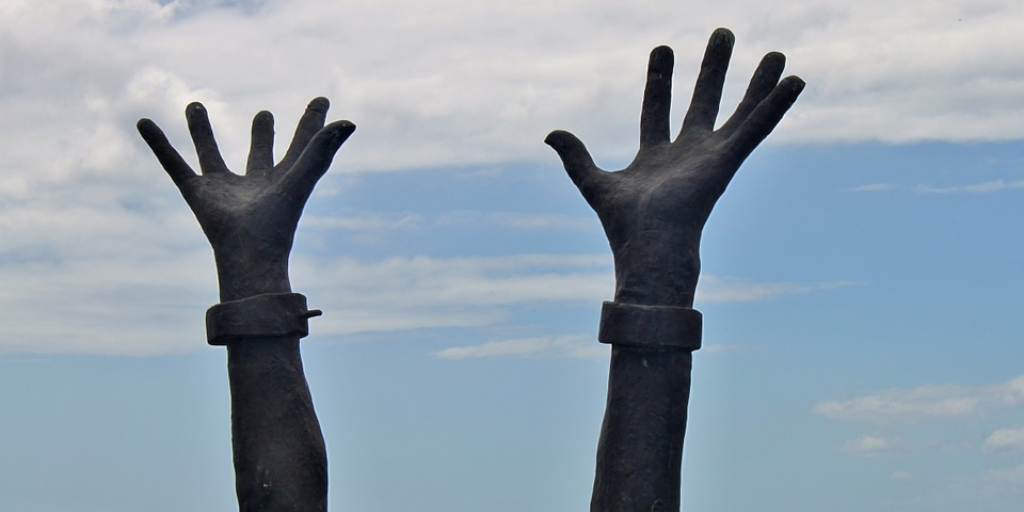 I recently saw an article about a comment made against USA First Lady, Michele Obama. The sad truth is that this type of attitude or behavior will continue because some people are moved to act out the subjective pattern lodged in their subconscious mind without knowing what they are doing or why they are doing it.

What do I mean by this? You see, we have to go back to the slave trade of over 200 years to have a better insight of the happenings that we see in our world today. Some might say – “but slavery was abolished several years ago”. Yes, but the subjective pattern set in motion still operates like an invisible “operating system” in the soul of humanity.

That is the real damage done to this race…the act had to be justified during the period of the trade. They could not have kept the trade going on for more than two centuries without a very strong emotional propaganda to justify the act. This thought process mixed with feelings of prejudice is still lodged in the soul of mankind. Pause and think about it for a moment; the dastardly trade did not go on for two years or a decade but for over 200 years!

No wonder, those without “understanding” of the workings of the mind act out “like a good actor or actress” the script lodged “deep” in the subconscious mind. They are unconsciously compelled; they are nothing more than puppets pulled by the string of the race mind. Like grooves formed in a record plate, this deep-seated ideology in their consciousness emerges when stimulated by an outside stimuli. The world sees their true nature as shown in the unwarranted tirade against the First Lady of America.

What is the way forward?

So, how does a person of African descent navigate this treacherous “race mind” field? The subjective prejudice field. First, I believe we should STOP referring to ourselves as Blacks…for me I have stopped referring to myself by this word and I correct anybody that refers to me, using a color that I AM not, to describe me. This might seem irrelevant or trivial to the uninitiated. But, as a student of the mind, one has to be conscious of what one is consenting to or agreeing to – I’ll talk more about this at a later time. To overcome an ideology of a subjective nature you have to deal with it subjectively. One has to have an understanding of the workings of the mind both on a spiritual and psychological perspective.

Honestly, someone of African heritage without a deep and constant growth in his or her awareness of the laws of the mind is doing a disservice to themselves. That person will be buffeted here and there by the race mind. You see the race mind that was set in motion during the slavery period operates like an invisible law. It would subjugate a person without understanding to act according to this pattern. The lighter skin person might feel he or she is superior whilst the darker skin person might also unconsciously feel inferior or think the pigment of his skin determines how high he or she can progress in life.

In few conversations I had with some people of African lineage I hear such statements that place the other group on a higher pedestal without them knowing that they are calling into motion the Law of Life that says “Unto him that hath shall be given, and from him that hath not shall be taken away that which he hath”. No wonder their life depicts misery and hopelessness. Some do this unconsciously and do not know they are selling their birthright and by law get what they sow.

Let me share with you the operation of this law by this story told by Neville. This is a true life story about an event that happened sometime in 1953. It was about a man of African descent. I left, as is, the word Negro in the story  but I believe this word should be eliminated from the dictionary because it is laced in prejudice:

A few years ago in this city I was giving a series of lectures down near that lake – I can’t even recall the name of the lake but it was Parkview Manor was the place where I spoke. In that audience was a gentleman who sought an audience before the meeting. And we went across the street into the little park there, and he said to me that he had an insoluble problem. I said, “There is no such thing as an insoluble problem.” But, he said, “you do not know my problem. It’s not a state of health, I assure you; it is look at the skin that I wear”. I said, “What’s wrong with it; it looks lovely to me”. He said, “Look at the pigment of my skin. I, by the accident of birth, am now discriminated against. The opportunities for progress in this world are denied me just because of the accident of birth that I was born a colored man.

Then I told him my own personal experience that I came to this country. Well, I didn’t have that problem but I was a foreigner in the midst of all Americans. I didn’t find it difficult. “Yet”, as he reminded me, “but that’s not my problem, Neville. Others have come here speaking with an accent, but they haven’t my skin, and I was born an American”.

Then I told him an experience of mine in New York City. If I were called upon to name a man that I would consider my teacher, I would name Abdullah. I studied with that gentleman for five years. He had the same color skin, the same pigment as this gentleman. He would never allow anyone to refer to him as a colored man. He was very proud of being a Negro didn’t want any modification of what God had made him. He turned to me and he said, “Have you ever seen a picture of the Sphinx?” I said, “Yes”. He said, “It embodies the four fixed quarters of the universe. You have the lion, the eagle the bull and man. And here is man that is the head. The crown of that creature called the Sphinx, which still defies man’s knowledge to unriddle it, was crowned with a human head. And look carefully at the head, Neville, and you will see whoever modeled that head must have been a Negro. Whoever modeled it had the face of a Negro and if that still defies man’s ability to unravel it, I am very proud that I am a Negro.” I have seen scientists, doctors, lawyers, bankers, from every walk of life seek an audience with old Abdullah. Everyone who came thought themselves honored to be admitted to his home and to receive an interview. If he was ever invited out, and he was, he was always the honored guest.

He said, “Neville, you must first start with self. Find self, don’t be ashamed ever of the being who you are. Discover it and start the changing of that self”. Well, I told this gentleman exactly what Abdullah had taught me. That there was no cause outside of the arrangement of his own mind.

If he was discriminated against, it was not because of the pigment of his skin, though he showed me signs as large as all outdoors denying him access to a certain area. The sign is there only because in the minds of some men such patterns are formed and they draw unto themselves what now they would condemn; that there is no power outside the mind of man to do anything to man, and he by the arrangement of his own mind, by consenting to these restrictions in his cradle and being conditioned slowly through his youth, waking into manhood believing himself set upon would have to be set upon, but “no man cometh unto me save I call him”. So then someone comes to condemn or to praise. They couldn’t come unless I call them. Not a man called Neville, but that secret being that is not called Neville. The secret being that is the sum total of all of my beliefs , all of the things that I consent to, that form a pattern of structure, that secret being draws unto itself things in harmony with itself. Well, that man went away and wrestled with himself.

He couldn’t believe everything I told him, not that night, but last Sunday morning in the lobby, he came forward and we renewed the friendship. He took me next door to show me the fruit of this teaching. He said, “Neville, it took me almost three years to really overcome that fixed idea that I, by the accident of birth, would be a secondary citizen, but I overcame it. Now here is my office on Wilshire Boulevard. I picked this one not because it was the only one offered; four equally wonderful spots were offered me. I took this one because it had greater telephone facilities, but the others were equally good. Now here is my office.

Now you couldn’t judge my income from this office, lovely as it is. Everything is nice about it, but, Neville, this year I will net a quarter of a million dollars”. Well in America that is still a fabulous sum of money. It would be staggering in any other part of the world, but even in fabulous America a man to net a quarter of a million is really up in the very highest of brackets. And that was the man that a few years ago told me the whole vast world was against him by reason of the accident of birth.

He knows now he is what he is by virtue of the state of consciousness with which he is identified, and the choice is his to go back to the restrictions of his childhood when he believed the story or to continue in the freedom that he has found.”

Time to Awake from the Subjective Prejudice

Just like the law of gravity, it does not matter whether one agrees with the law or not. It supports those who obey it and punishes those who disobey it. Period! I am proud to be an African. I look forward to the day when this race would once again stand tall and not be mocked due to some past subjective prejudice. This would not come easy unless victory is first won internally and then projected externally.

It is time to wake up and shake off these subjective shackles. Take your rightful position if you are not already doing it. If you are already doing it, kudos to you, now step up the game. Lift another up, in your minds eye, that is struggling in this area and by so doing you are indirectly lifting yourself to a higher plane.

To your awakening.
Ade